How to celebrate Gandhi Jayanti in School 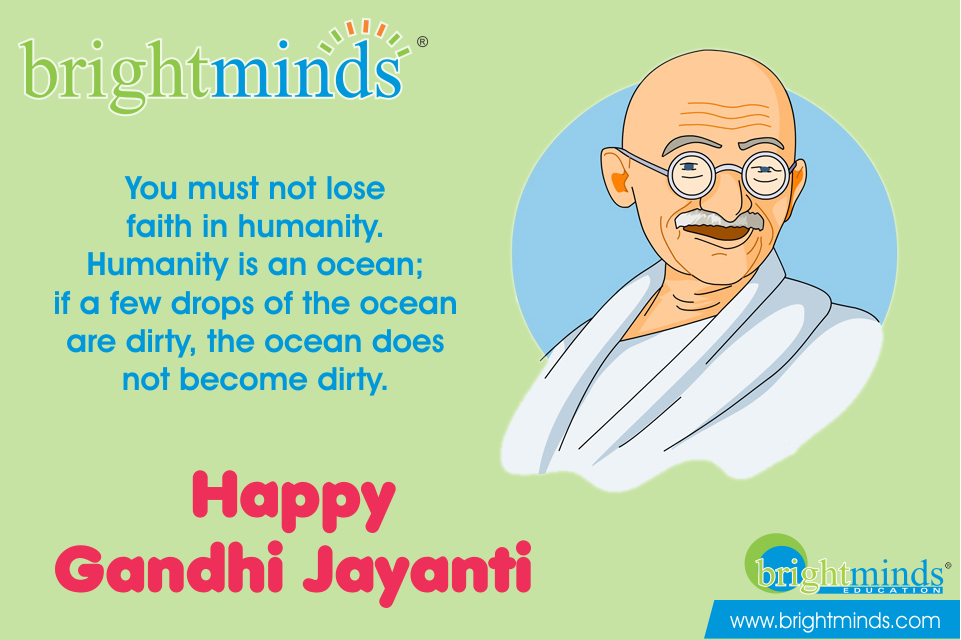 Gandhiji was born on 2nd October 1869, in Porbunder, a small town in Gujarat. He studied law in U.K and practiced law in South Africa. In his autobiography "My experiments with Truth" Gandhiji described his childhood and teen age years, his marriage with Kasturba at the age of 13 and a sheer dedication for his mother land. He has set an example of simple living and high thinking. He was against the addictions like smoking, drinking and non-vegetarianism.

Gandhiji was a pioneer of truth and non-violence. He started the 'Satyagraha' (non-violence) movement for the Indian freedom struggle. He played a very significant role in achieving independence for India from British rule. He proved to the world that freedom can be achieved through the path of total non-violence.

How to celebrate Gandhi Jayanti

Gandhi Jayanti is celebrated yearly on 2 October.  It is one of the official declared national holidays of India, observed in all of its states and union territories. Gandhi Jayanti is marked by prayer services and tributes all over India. Popular activities include prayer meetings, commemorative ceremonies in different cities by colleges, local government institutions and socio-political institutions. Painting and essay competitions are conducted and best awards are granted for projects in schools and the community encouraging a non-violent way of life as well as celebrating Gandhi's effort in the Indian independence movement. Gandhi's favourite bhajan (Hindu devotional song), Raghupati Raghava Raja Ram, is usually sung in his memory. Statues of Mahatma Gandhi throughout the country are decorated with flowers and garlands, and some people avoid drinking alcohol or eating meat on the day.