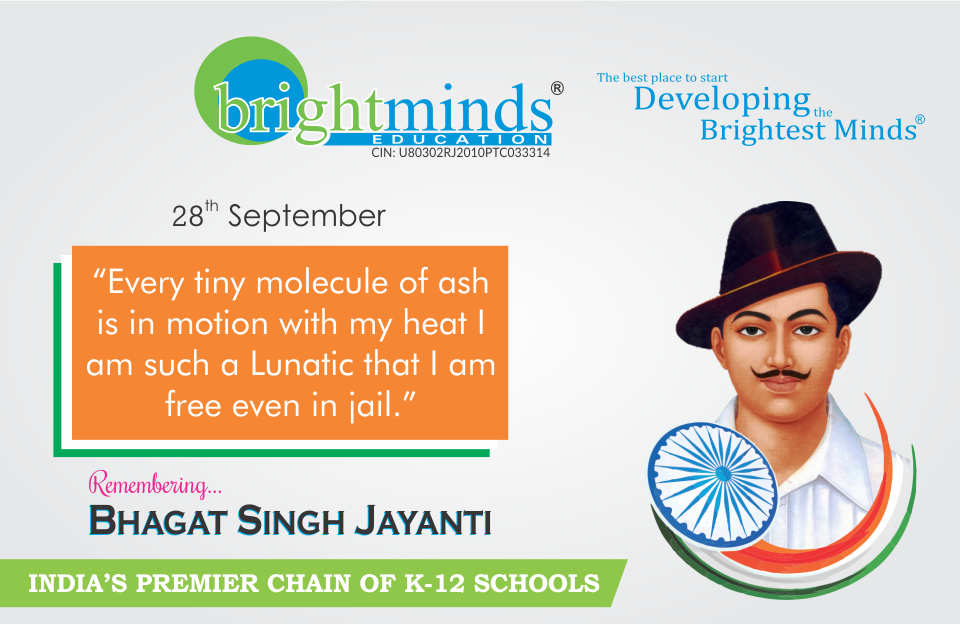 Martyr at the age of 23 and inspiration for million minds, Bhagat Singh is truly one in a million. The charismatic Indian socialist revolutionary’s dramatic violence against the British made him the hero of Indian Independence movement. He sacrificed his life for our country and 16 years after his death, India won freedom. The young freedom fighter dedicated his entire life to the country. The year 2018 marks Bhagat Singh’s 111th birth anniversary. Today, on September 28, on his birth anniversary let us remember the brave soul.

Bhagat Singh, was born in 1907 to Kishan Singh and Vidyavati at Chak No. 105 GB, Banga village, in the Lyallpur district of the Punjab Province of British India. His birth coincided with the release of his father and two uncles, Ajit Singh and Swaran Singh, from jail. His family members were Sikhs; some had been active in Indian Independence movements, others had served in Maharaja Ranjit Singh's army. His ancestral village was Khatkar Kalan, near the town of Banga, India in Nawan shahr district (now renamed Shaheed Bhagat Singh Nagar) of the Punjab.

Unlike many Sikhs of his age, Singh did not attend the Khalsa High School in Lahore. His grandfather did not approve of the school officials' loyalty to the British government. He was enrolled instead in the Dayanand Anglo-Vedic High School, an Arya Samaji institution.

When he was 14 years old, he was among those in his village who welcomed protesters against the killing of a large number of unarmed people at Gurudwara Nankana Sahib on 20 February 1921. Singh joined the Young Revolutionary Movement and began to advocate for the violent overthrow of the British Government in India.

PREVIOUS
How to celebrate Gandhi Jayanti in School

NEXT
How to start a play school